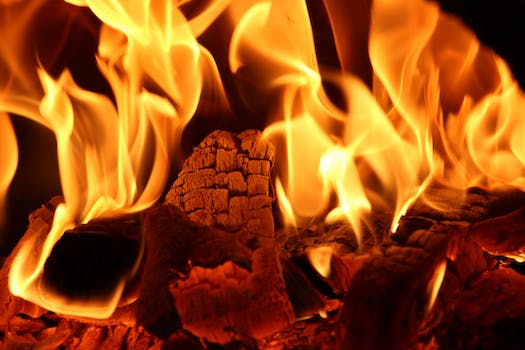 Part detective, scientist, engineer, and law enforcer, the fire investigator represents the collusion of multiple careers rolled into one. It is the fire investigator who must explore, determine, and document the origin and cause of the fire, establish what human actions were responsible for it, then bring authoritative testimony to the court to win a conviction in cases of arson.

“You have to be conscientious and have a mind that likes to figure things out. You really can not take shortcuts. You must take your own photos, collect the evidence, do follow up investigations. In cases of incendiary fires, you need to discover the criminal.”

“A background in mechanical, civil, electrical, and even chemical engineering plays a big role,” states Robert Duval, a senior fire investigator with the National Fire Protection Association. “You are taking a look at something which was destroyed and you need to be able to put it back together again either in your mind or physically to ascertain the origin and cause. Technical training plays a role in determining lots of the factors in terms of fire behavior and the way it attacked the structure you are considering, whether it be an appliance, piece of equipment, or construction.”

This technical aspect of the job requires knowledge of building materials and construction and the effects of fire upon those materials. Evidence preservation procedures, the effects of fire suppression, fire behaviour and burn patterns are also significant technical aspects. Search techniques also have to be learned so that fire cause signs and ignition sources are preserved during the investigation.

Yet it is important not to become entangled in the technical facets of the investigation at the expense of the individual element, indicates fire investigator Paul Zipper, who works in the Office of the State Fire Marshall in Massachusetts. “I have made 300 to 400 arrests of those who have set fires. Normally, there’s a fight, an incident, and it’s the interviewing that will tell you what happened. That’s how you solve cases.”

Consider two separate fires, both originating at a wastebasket under a sink. In the first, someone emptied an ashtray to the can, sparking a fire from burning ash. In the second, someone lit a match and threw it into the trashcan in hopes of collecting an insurance claim from damages. “Both fires originated in a garbage can,” says Zipper. “But I challenge anybody to tell me the way that fire was started. If you can interview well and learn to read people, and combine that with diagramming, investigation, photography, and report writing, you will be a good fire investigator.”

In the state of New York, investigators are fire marshals who are full driven police officers (some “Fire Marshals” are fire support personnel who have received police training and are sworn as “peace officers”). In Connecticut, “local fire marshals” are usually members of local fire departments or work under the municipal government and get some basic training on code enforcement and source and cause, but who don’t have any law enforcement powers in any respect! Who is a “fire marshal” may vary too much from one spot to the next to make any blanket statement. There are local (FD or PD), state (State Fire Marshals) and federal (Bureau of Alcohol, Tobacco and Firearms) fire investigators. In New England and a number of different nations, say police officers function as fire investigators on behalf of the Office of the State Fire Marshal. Since fire investigators must follow due process of law in issues like collecting evidence, search and seizure, interrogation, and court testimony, police or criminal justice training is very helpful.

How To Get There

Fire investigators may operate in either the public or private sector. Usually, those in the public sector are employed by municipalities, police or fire departments and state and federal agencies. Those working in the private sector might be used by insurance companies, attorneys, or private source and cause companies, or organizations such as the National Fire Protection Association. In some states, the local fire chief has jurisdiction over the fire ground and is ultimately responsible for determining the origin and cause of a fire, ” says Robert Corry, fire evaluation specialist at American Re-Insurance Company. There are 26,354 fire departments in america. The fire chief may have a fire investigator on staff. However, in some smaller communities, it may be the chief himself. Based on the severity of the case, the fire chief or investigator may call in more experienced county, state or federal investigators. “A prudent investigator won’t attempt to work alone but will instead use a team approach,” Corry says.

The career path for getting a fire investigator might be as complex and varied as the job itself. Fire investigators working in the public sector typically come up through the ranks, starting out as employees or volunteers within police or fire departments, gaining experience in various aspects of fire behavior in addition to criminal law, and sometimes in their spare time, pursuing formal education and training. At the national level, the ATF employs approximately 80 certified fire investigators that are generally called in to help with local and state investigations of high fire scenes. ATF investigators first serve as ATF special agents, and then are chosen to undergo a rigorous two-year training program in fire investigation.

Those seeking employment in the private sector may come in from the public sector, or they may undertake an academic curriculum on fire engineering or science, such as those offered by the University of New Haven, University of Maryland, Oklahoma State, or Worcester Polytechnic Institute. If you are in college now, technology, forensics, and photography classes are all useful. After graduating, you may search for job openings within insurance or investigative firms at the entry level, and then try to work your way up. Or you could consider volunteering at your local firehouse to get a foothold in the public sector.

Virtually every fire investigator will tell you to become active in as many professional associations as possible. Trooper Horgan says researchers in his nation usually join professional organizations and then start to visit some of the training provided by police departments on fundamental arson investigation, attend the National Fire Academy’s two-week training program in Maryland, and begin trying to build up credentials and a resume. Chris Porreca, group manager of the Arson Explosives Group for the Boston field branch of ATF agrees that it requires a high level of self-motivation to pursue a career in fire investigation. “We ask candidates if they have worked fire scenes, signed up and gone to conferences on the local, national and state level, and taken the initiative to be a state certified fire investigator (CFI) to gain experience and knowledge,” he says. “It requires a lot of long hours and a lot of weekends to do your job, and then to do this too.”
While the livelihood has always been challenging, it has become increasingly so in recent decades. “The arsonist is getting more sophisticated,” says Trooper Horgan. “More fires are being set up to try to fool the investigators, to look accidental when they’re intentional. This makes our task that much harder and makes you’ve got to be an even more skillful investigator to resolve the case.”